The Autumnal Equinox means the end of summer for me. This week the sun arose due East and set due West giving everyone on planet Earth exactly 12 hours of light and 12 of dark.

Ford Road in Perrysburg is aligned exactly East-West. The rising sun was blinding and almost impossible to drive into.  And likewise going the other direction 12 hours later as the sun set. 11th Avenue (or other parallel avenues if the trees are too dense) in Vancouver, Market Street in Rhinebeck, NY and Tillary, Myrtle or Dekalb in Brooklyn should all have the same phenomenon.

A very dear blog fan anonymously asked a very perceptive equinox question: What happens if you live on the equator? One could naively think that because for all the rest of us living outside the tropics, the sun is highest on the June 21 Solstice and the days are longest – after that they shorten.  For those Equatorial Equinoxers the midday sun is right overhead and after that not so high, so one would be excused for imagining the days might shorten, both after Spring and Autumnal Equinox, but…  Shine a flashight on a globe or a ball to see what really happens!

The 45 Great White Egrets on the summer Maumee got the message when the first longer night and cooler day arrived. Most stretched their wings and went South, back to Florida, this week.

And from nowhere there arrived masses of the native “White Snake Root”, happily flowering in deep shade where I can get nothing else to open up.

This is a very distinctive native plant whose leaves mysteriously poisoned the cow’s milk for the early settlers. Abraham Lincoln’s mother died from their poison milk.  Sadly, it is recorded that a Shawnee woman told a female nurse about it in the 1800’s but it was not until 1920 that a ‘man’ found the poison and was listened to. The bees are quite comfortable with it and my Bee Club says it is not a problem for bee or honey as I watch them returning with its white pollen:

Hopefully it’s only the green leaf which is poisonous?

The nectar native flower of choice right now is the Showey Goldenrod which is irresistable for this year’s great swarm of bumble bees.

My little bees are just barely tolerated on it and are allowed to bring home some golden pollen.

They have to use their new small winter door designed to keep heat in and mice out. The occupants of the new hive complained furiously while I installed it.

‘Peter Rabbit’ has been sleeping in the grass in front of the new hive for weeks now. I give him carrots and ask in return, with some success, that he stop eating my native plants.

He is too tame – I’ve not seen him since the Equinox. It would be nice to think he went South with the Egrets for the winter!

Tomato, as found one morning on the balcony railing. Something plucked it from the nearby potted plant, took it up there to eat and then couldn’t finish it.

raspberries (I have a photo of a deer actually eating them), apples,

trillium: this great seed pod, where in the spring there was a flower, disapeared, without trace, overnight last week

But not my honey please

Two of these shiney blue flies could smell the nearly 100 pounds of honey and tried for half an hour to get near but the vigilant bees snapped at them, scaring them off whenever they were too close: 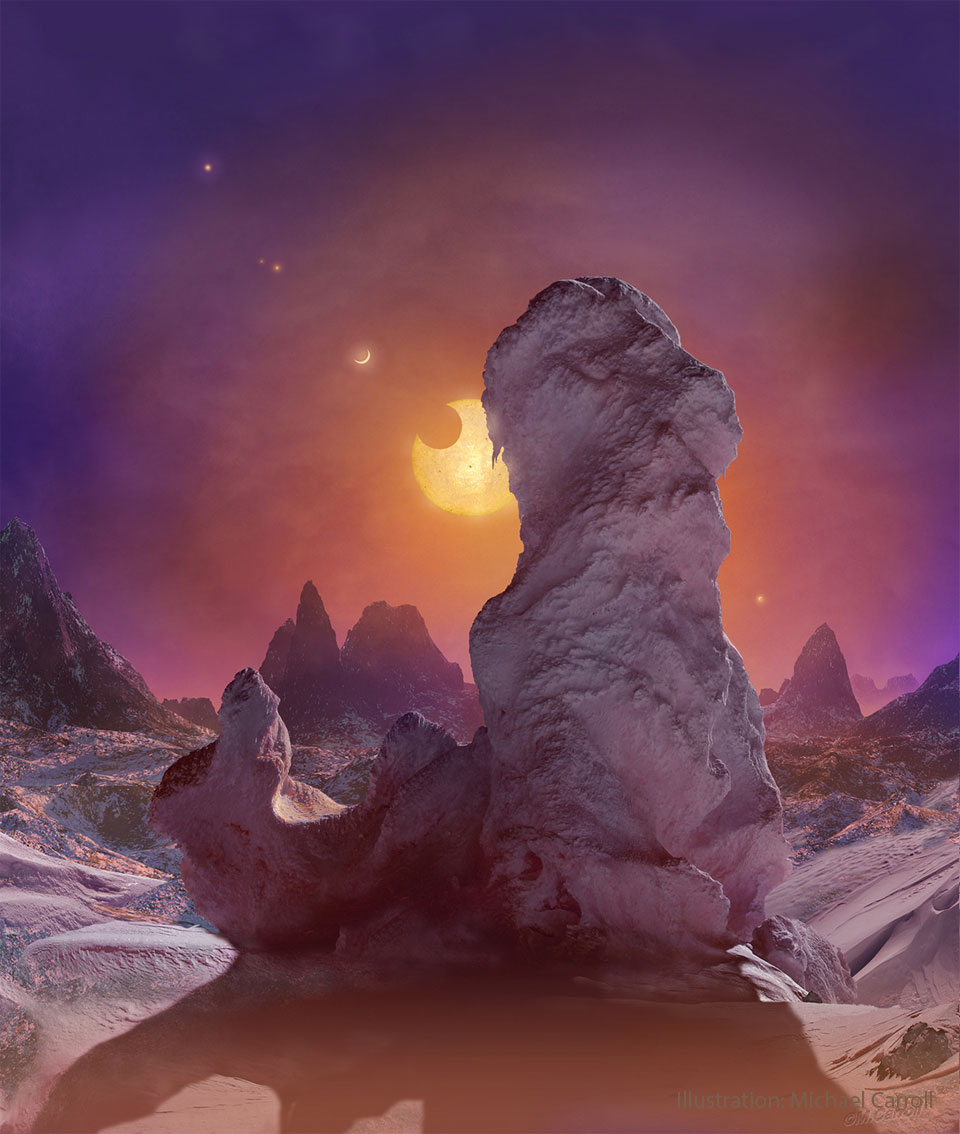