Rudolph on the menu – supposedly cooked by putting reindeer meat in sauna for 2 days.
Sharp edge of blade easily removed glass top of sparkling wine below. Smoothly done by the sommelier who says it was a Cossack trick for horse riders in too  much of a hurry to work the cork out of the bottle. It must put a dent in the blade’s edge? Next table then wanted one opened the same way but their top shattered a wine glass on another occupied table!

Friday 17th June  My phone does not speak Finnish but it did do this Greek Orthodox church foto below,  taken close after midnight in Tampere.  It shows how you never see summer stars here.

End of the Biscay trip:

My phone is in a state of chaos after WIFI connecting in France. It thinks its Jan 1st, 2008. Thanks Keith for patching my posts. I’ll try some more now on this strange Finnish keyboard where I’m back at conference work.  No luck – my lack of Finnish prevents me finding the pictures despite a good USB connection.

Searching in vain for cross country ski supplies. The midnight sun here (Tampere) makes people think it’s summer so they are glad to forget about their snow.

Next day we stopped for a swim off the boat and then went on up the muddy Charente river, past a transporter bridge to Rochefort where Rebound now awaits its next party of pirates.

Wed. SW wind & 2 meter swells beat use back from La Corunna, Spain so we turned SE and sailed easily through the night (watches were 2 hours on and 4 off duty) and next day. Happily relaxing at Saint Denis d’Olerans just near Bordeaux. Wine should be better here. The bar at the harbour entrance (note the deep grooves in the bottom made by keels of others trying to beat the unbeatable King Neptune) keeps us afloat at low tide but also traps us inside.

Sunday, Belle Isle, Quiberon Bay. Wind and rain forces us to eat at the crèperie and other great places – fair weather sailors!

An Oban star-shaped citadel fort (17th century) overlooks this great harbor, though we doubt the authenticity of this great look out, complete with cross on top:

It does not feel comfortable to stand inside and look down on the inner harbour where Rebound is now moored.

Photos to follow when I can find a WIFI.

Saturday: At the entrance of Creusty harbor we passed the tiny church of missionary St:? who died in 600 ce. On his wishes his body was put to sea in a little boat about 2 miles north of Cruesty. 3 months later the boat plus body washed in so the faithful built a church on the spot. 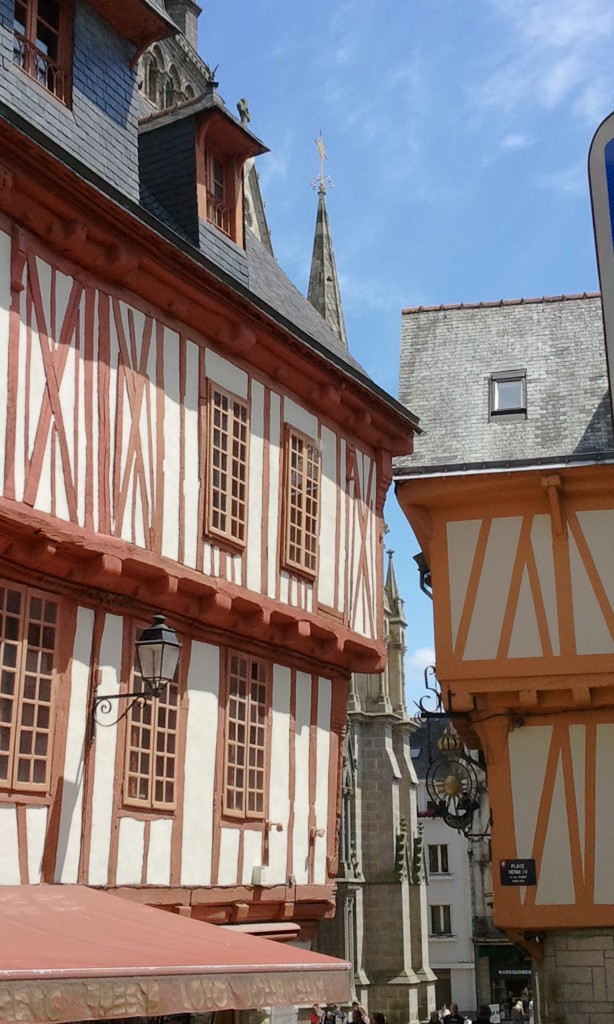 Sat, June 10: Hauled Rebound out at Crustey for a prop change; which did not fit! But did clean off many barnacles.

Now on a mooring outside Belle Isle; Quiberon Bay; wining and dining while awaiting  suitable weather to head across Biscay for La Corunna; Spain.